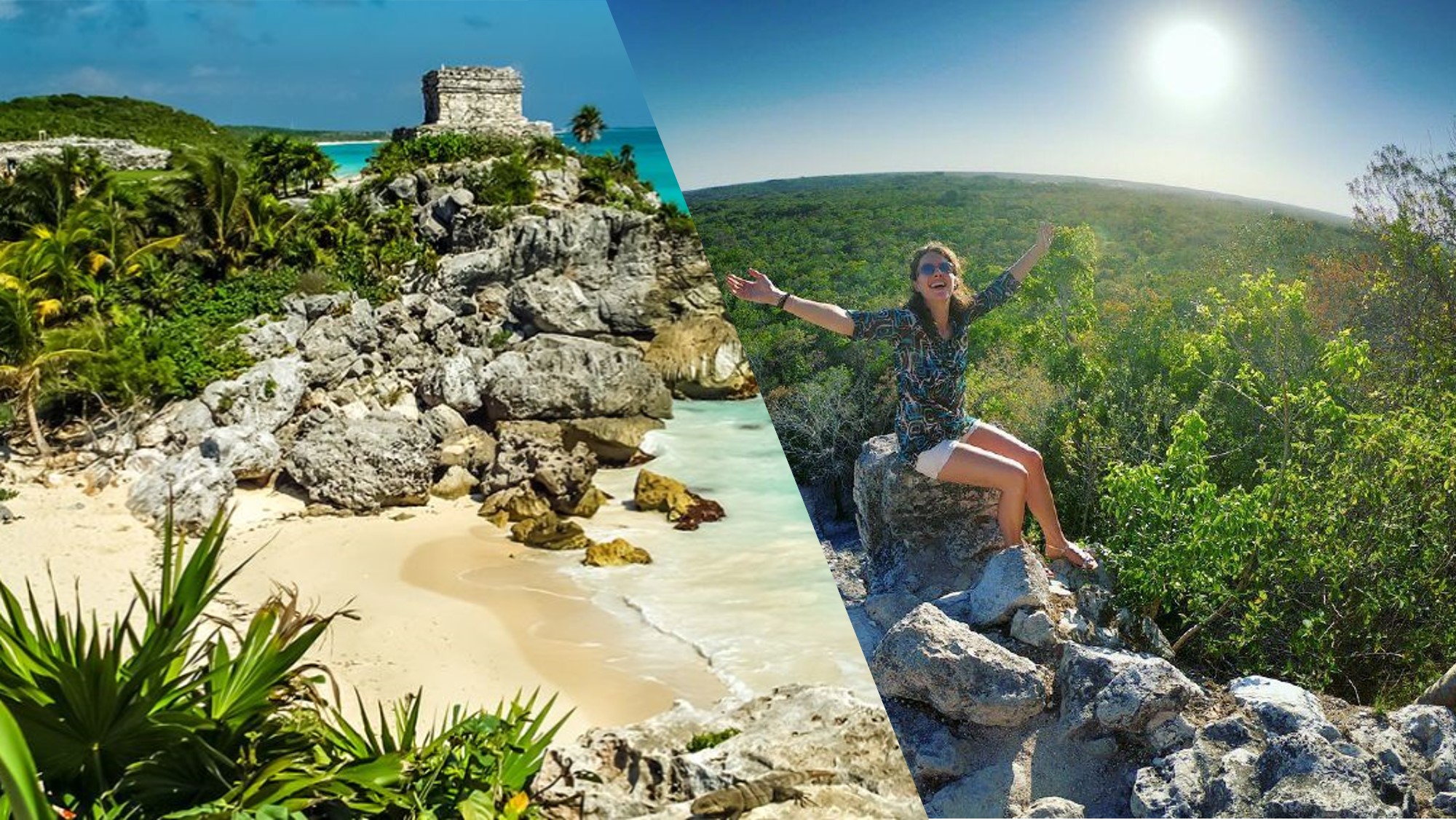 Come and meet one of the most beautiful trade routes of the Ancient Mayan culture, which begins with an impressive view of the Caribbean Sea from the ruins of Tulum, and later will take you to what was once one of the largest and most populated Mayan cities. from the Yucatan peninsula.
Do not miss the opportunity to visit the old Port of Tulum, one of the last inhabited and later abandoned cities of the Mayan civilization, it is also one of the only fortified Mayan sites. Built on a cliff, with a spectacular view of the Caribbean Sea and where the ancient Mayan inhabitants honored their main deity, the "God of diving" or the "Descendant God".
In the extraordinary archaeological zone of Coba, you will have an unforgettable experience climbing the highest pyramid in the Yucatan Peninsula. Coba was one of the largest cities of the Mayan civilization, having a population of approximately 100,000 inhabitants. The Mayans considered cenotes as doors to the underworld. If you wish, we will take you to one of the most beautiful in the area.
Total duration of activities: 10 hours or less, as required by the client.
(From when the clients are picked up at the hotel, until they return to it)
It is suggested to leave the hotel at 7:00 AM
Bringing light clothing, tennis, mosquito repellent, towel and swimsuit with you in case you want to swim in the cenote.

All prices are in USD

All children over 10 years old pay as adults, children 10 years and under pay $75 USD